Keto Acids are amino acids needed by human body, but they do not contain nitrogen. Hence keto acids can supplement proteins that are required by the patients of chronic kidney disease, yet they do not burden their kidneys, as such these patients’ nutritional and health conditions can be improved thanks to this kind of supplement.

Obesity has been proven to be an important factor of affecting kidney functions. The most common symptom among patients with obesity and chronic kidney disease (CKD) is proteinuria, which is mainly caused by higher metabolic requirement of obese people, and the expansion of the renal arterioles. The excessive blood flow to the kidneys causes damage to the glomerulus and produces “leakages of protein”. If blood is allowed to continue to hit the blood vessels of the kidneys forcefully, over time, the blood vessels will harden, and kidney functions will be impaired eventually.

There is an indirect and direct relationship between obesity and nephropathy (kidney disease), of which the indirect factor is mostly in relation to nephropathy. 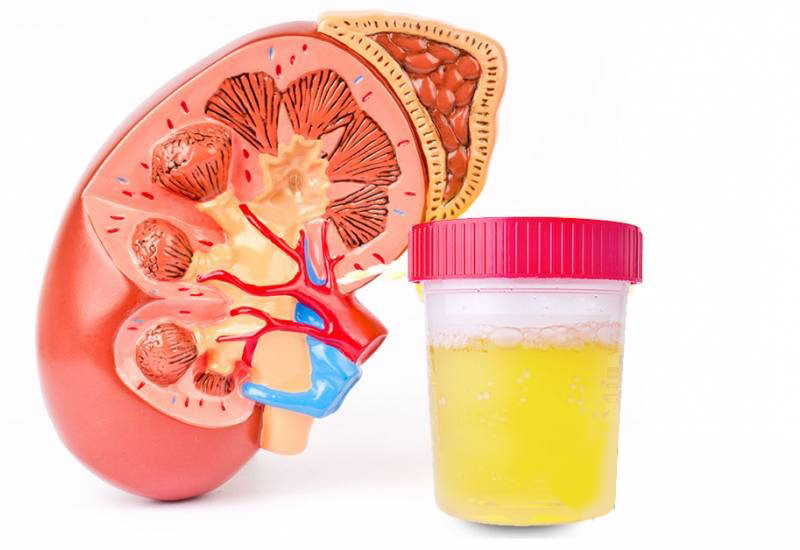 Obese people are more likely to suffer from diseases such as diabetes, hypertension, and hyperuricemia. These diseases indirectly lead to chronic kidney disease. Obese people have more oxygen radicals than the average persons. These free radicals can damage body cells and kidneys.

The course of developing CKD is slow and long. It is not because of single day of obesity that making kidneys destroyed immediately. The negative impacts are rather accumulative over time. The most common symptom of obese & CKD patients is proteinuria, mainly due to vasodilation of obese people. The speed of blood delivered to the kidneys is strong because of high-demand metabolism, medically this condition is referred as “hyperfiltration.

The kidney is a “smart” organ that can secrete hematopoietic growth hormone (EPO) and stimulate hematopoiesis by stimulating the bone marrow.

If the kidneys are dysfunctional and do not secrete sufficient hematopoietic hormone to stimulate bone marrow hematopoiesis, the patient will suffer from anemia, such as fatigue and asthma.

This strong blood power will continue to rush to a glomerulus consisting of a cluster of micro-vessels, which act as filter. When the blood vessels do not withstand pressure and break down, these filters will also face problems later. The most common symptom is, proteins in the bloods can leak out, then excreting together with other excretions via urines. If the condition deteriorates further, then proteinuria will take place.

A young chef weighing 135 kilograms came to the hospital due to his proteinuria has far exceeded normal range during a medical checkup. Since the chef had no other health problems, doctor decided to let this individual losing his body weight first and then making further observations.

The patient’s adjusted his diet and received the injection of glucagon-like peptide-1 agonist (GLP-1agonist) drugs. He manages to reduce his body weight up to 7 kilograms within two months, and his proteinuria also decreased from the original level, namely 2 grams to 500 milligrams.

CKD is a type of disease that cannot be diagnosed by observing symptoms alone. In many cases, its symptoms happening rather too late, whereby the chances of recovering or giving treatments have become very limited then.

Normally, symptoms of chronic kidney disease only appearing at later part of third stage or fourth stage of kidney disease. Common symptoms include foot edema, foamy urine, or proteinuria, which are closely related to dysfunction of the kidney diseases.

When kidneys are not functioning properly, then water will start accumulating in human body, which is why some patients have symptoms like edema.

Detoxification is another function of the kidneys. When kidneys are having dysfunctional problems, thus causing the failures of metabolising toxins, then patients may start feeling nausea, vomiting, losing appetites, and body weights, mainly due to the high levels of toxins found in their bodies.

The kidneys also have an important function of activating vitamin D. Vitamin D can balance the body’s calcium and phosphorus levels to maintain the health of bones. If kidneys are not well functioned and lack the ability to activate vitamin D, bone frailty and osteoporosis will occur. Therefore, CKD or dialysis patients need their long-term vitamin D supplementations.

From the above-mentioned symptoms, when a person’s kidney function is getting worse, in addition to edema and proteinuria, it may bring various symptoms such as anemia and nausea too.

Studies have shown that compared with ordinary people, obese people demonstrate 83% higher risk of contracting kidney diseases, implying that the relationship in between obesity and kidney disease is inseparable. 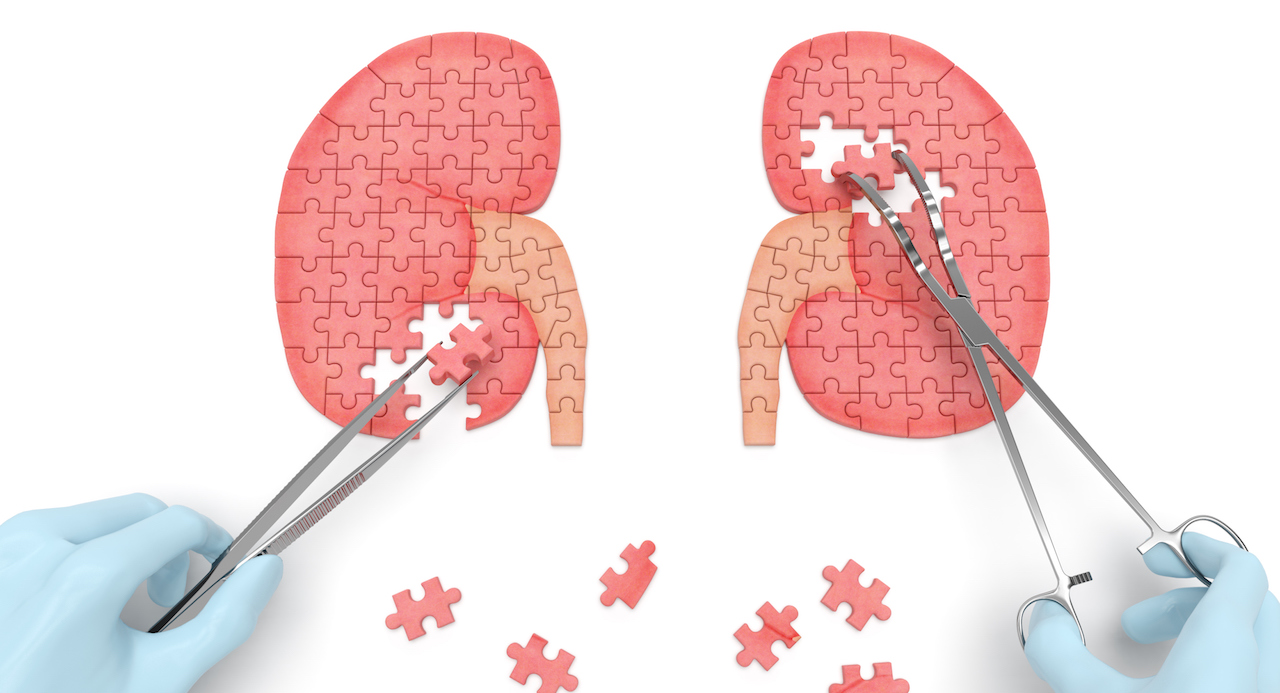 Half of the populations are overweight

At present, there is no comprehensive data on CKD and obesity, but according to the year 2012 survey, 9% of Malaysians have CKD, which is close to international data (10%).

According to the year 2015 National Health and Medical Survey (NHMS), 17.7% of people were found obese and 30% were categorised as overweight adults, totaling 47.7%, which means that nearly half of the citizens are facing obesity and overweight problems.

Estimated 600 million people in the world who are obese. Even more worrying is that one-third of the obese population are school-age children. Many studies have shown that obese children tend to become obese adults when they are grown up. This means prevalence of obesity will continue to rise.

Obesity and kidney disease are inseparable

Those CKD patients who are obese have similar symptoms like other ordinary CKD patients. However, obese CKD patients do not suffer from loss of appetite or body weight because of kidney disease. Of course, if these patients are ignored or treated improperly, their health conditions can deteriorate further to the fourth or fifth stages of kidney diseases. Once reaching the later stages, these patients will start to lose their body weights. There are literatures indicating that obesity can also increase the risks of kidney stones and kidney cancer. Nevertheless, these records are merely regarded as observational data. Therefore, it can only imply obesity is related to both kidney stones and kidney cancer, yet to prove there is a direct causal relationship.

Treatment of obese CKD patients should follow the “moderate and balanced” approach. If patients have either obesity or overweight problems, it is recommended that treatments should focus on losing their body weights first. Even if they cannot escape from obesity fully, at least reduction of body weights can help in reducing the burdens of their bodies; on the contrary, underweight patients need to gain some body weight and nutrition, so that they can get healthier and cope with their diseases.

CKD patients need to cut down the consumption of high-protein foods, but this does not mean that they should not eat at all. If patients really ingest very few proteins, there must also take other supplements such as keto acids to achieve balanced nutrient intake.

Although no literature showing that ketoacid treatment is particularly effective among obese CKD patients, noted both overweight and underweight patients have demonstrated similar efficacy after receiving ketoacid treatment, because the focus of ketoacid is to reduce the production of urea, coupled with a low protein diet, which helps in reducing the intake of nitrogen.

High-protein foods contain nitrogen, which is eventually converted to urea and excreted through the kidneys. If the kidneys aren’t fully functioning, the kidneys cannot completely excrete urea, ends up causing uremia.

Keto acid is an amino acid required by the human body, but it does not contain nitrogen. It can not only supplement the proteins of CKD patients, but it also does not burden kidneys. Therefore, both nutrition and health status of patients can be improved.

Ketoacid treatment with a low-protein diet can delay the condition of CKD, and the sooner patients accepting this dietary treatment program, the better their chances on prolonging the operation of kidney functions, delaying the course of dialysis, making the patients feel more comfortable, and maintaining better quality of life. 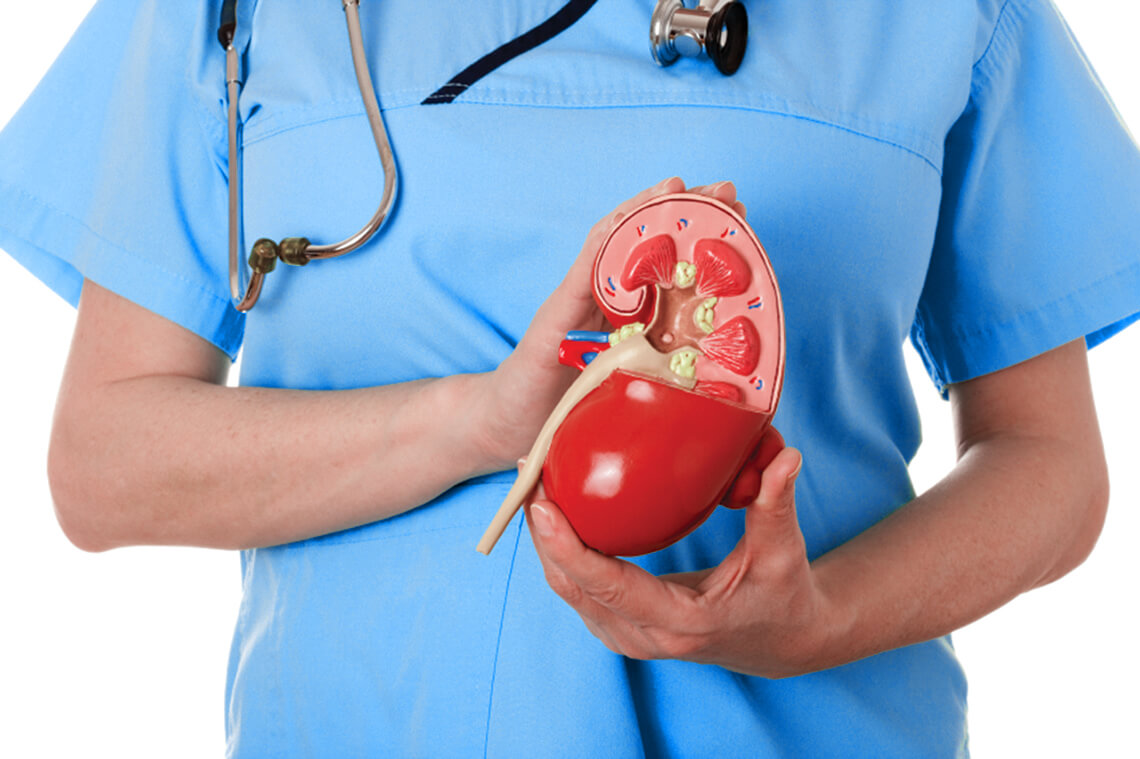 Effectiveness of bariatric surgery to postpone dialysis – remains to be confirmed

Weight loss surgery is targeted at people with a body mass index (BMI) of 45 or higher, but doctors will recommend their patients for opting this surgery, only when diet, exercise interventions and medications fail to achieve desired results.

When a patient loses body weight, theoretically it can reverse some of the bad factors, such as blood glucose, blood pressure, uric acid, free radicals and other indicators, as such the adverse effects affecting kidneys have also decreased in tandem.

Improvement of eGFR can give wrong signal

On the question whether dialysis treatment can be postponed after doing weight loss surgery, it seems doctors still need to get further confirmation, because there are not many patients who undergoing this procedure, thus it is rather difficult to collect enough evidence for making any concrete conclusion at this juncture.

To assess the status of kidney function, we can do a blood test by measuring the level of blood creatinine and calculating estimated glomerulus filtration rate (eGFR). These data are affected by changes of body weight. Creatine is a waste product produced by muscle activity. When the mass of muscles is reduced, creatinine value will decrease as well, yet eGFR will increase. This means that simple reduction of body weight has indirectly affected the accuracy of assessing kidney functions.

If a patient has undergone a weight-reducing surgery, eGFR has changed because of a decrease of muscles and creatinine. This will give the patient an impression that his kidney function has been improved, hence dialysis becomes unnecessary then. This is reckoned as a weakness of eGFR test.

Although there is currently no scientific proof that weight-reducing surgery can help in delaying either kidney failure or dialysis treatment, any drug or surgery whereby their benefits outweighing risks, they will be deemed suitable for treating patients eventually.

Some people will let metabolites found in urines after taking medicines. Besides that, the existence of sperms in male urines can also cause foamy urine potentially. These observations suggesting that not all foamy urines are related to proteinuria. 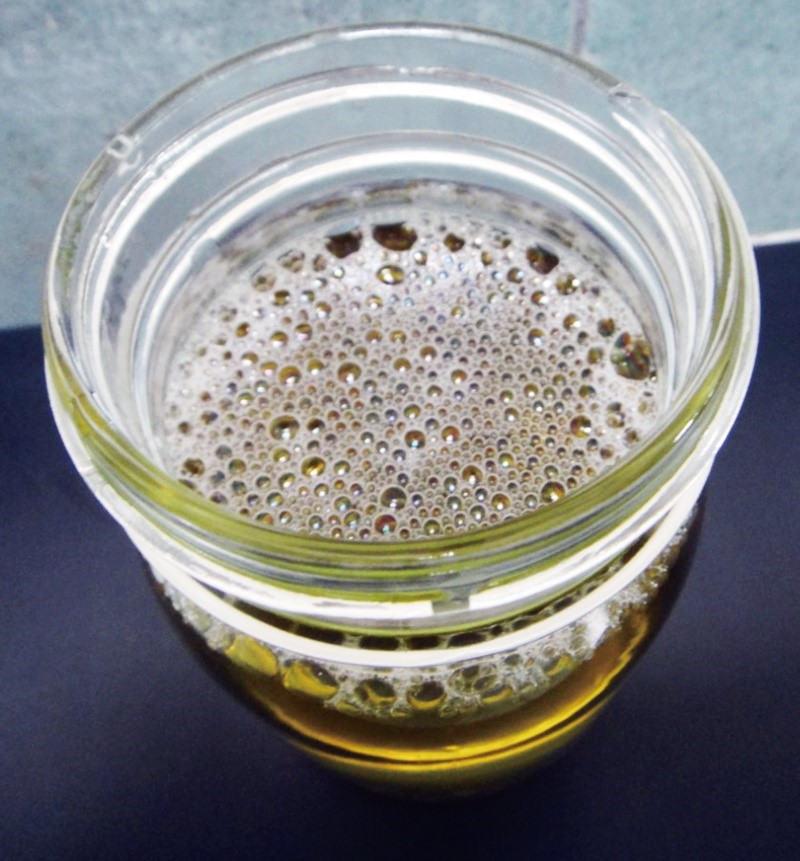 Foamy urine does not equal proteinuria

Not all foamy urine indicates the presence of kidney problems. If urine is found to be foamy, we should make a calm judgement. When such symptom persist, we can seek confirmations with further medical tests.

There are many clinical “patients” mistakenly assuming they have contracted kidney diseases, simply because of foamy urines. Many of these cases are proven as false alarms after conducting further medical tests.

In addition to proteinuria, some other conditions can also cause foamy urines. For example, when a male excretes his urine too fast and it may produce foamy urine. Normally these foams will spread out soon.

Some other people, such as taxi drivers, who frequently abstain from urinating for a long time, they will produce foamy urines because of high urea concentration.

Certain people take some medicines and leave behind metabolites in their urines. The presence of sperms in males’ urines, can also become of one of the reasons for producing foamy urines. This implies that foamy urine is not necessarily caused by proteinuria solely.

If anyone really suspect that they have proteinuria, they should observe their urines for a while. If this condition persists, then they can get some medical tests and seek final diagnosis.