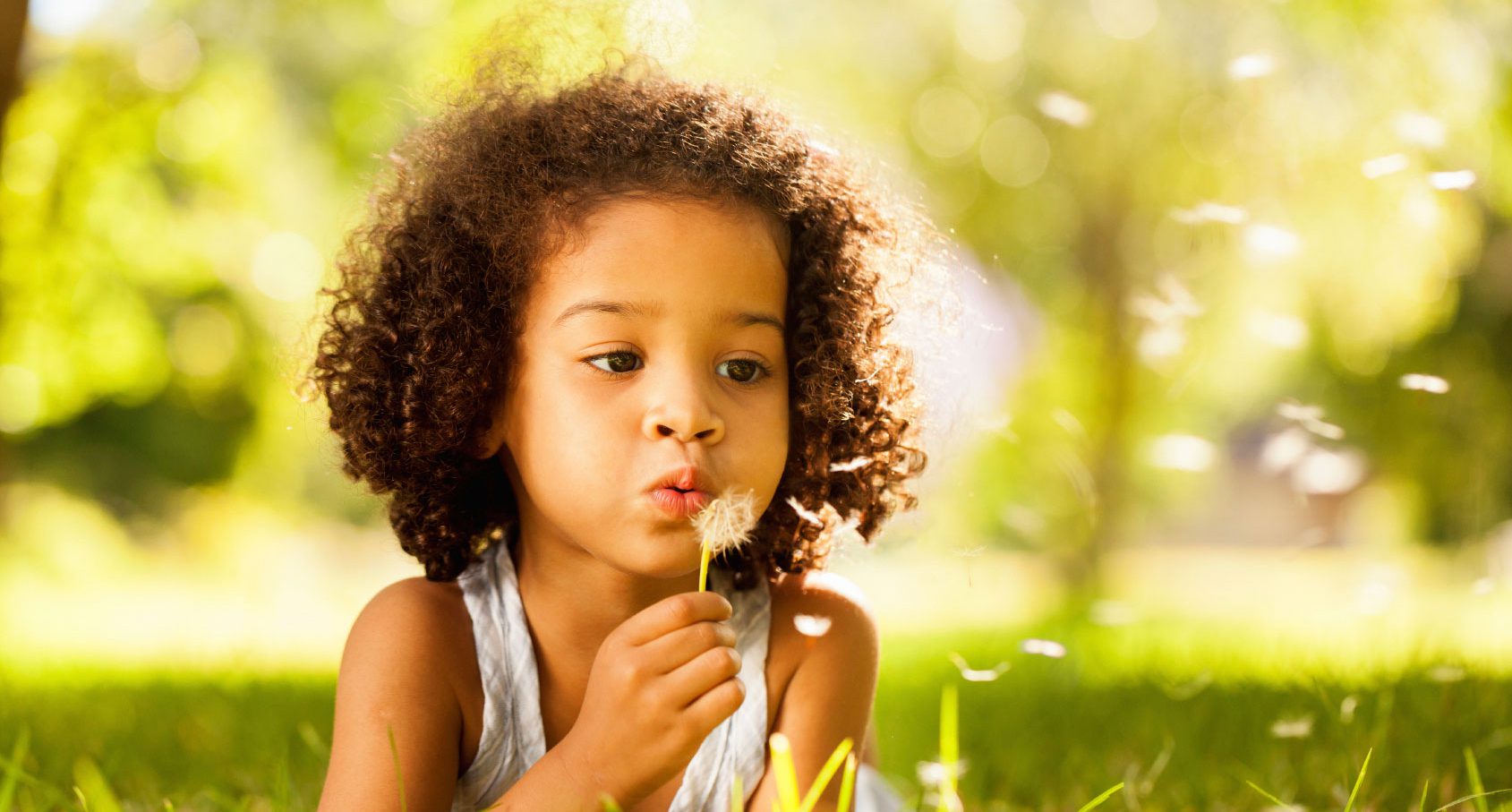 Few months ago, John, her wife and one-year-old daughter were eager to move into a newly renovated house and wanted to start a new and better-quality life.

However, after moving to new home, John discovered that his daughter had suffered skin irritation, itching and other allergic symptoms. The couple thought that they were caused by food allergies initially, so they tried to find out the cause of the allergies by ruling out food they had eaten, one-by-one, but no avail.

Many helpful friends and relatives constantly put forward their opinions and provided various suggestions, which didn’t yield any improvement as well. After running out of other options, this couple decided to seek help from a doctor. Finally, they discovered that the problem was caused by air floating in new home. Apparently, methanol was identified as main culprit. 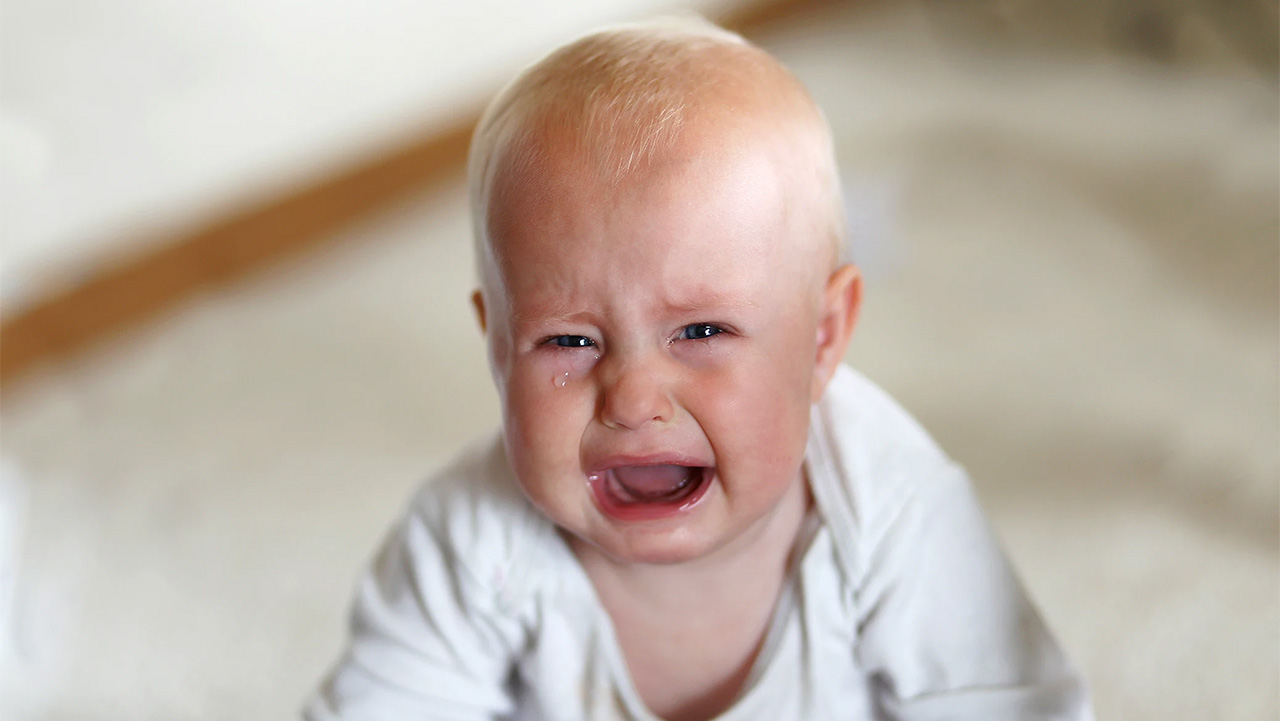 Indoor pollutions are even worse, taking 4.3 million lives every year

The public is more concerned with outdoor pollutions; however, many people may overlook the fact that, indoor pollutions are even more serious. Brand new home environment is not such a wonderful thing after all, because new furniture and painted walls are the major sources of indoor pollutions.

According to the World Health Organization, 4.3 million people die each year due to indoor air pollutions, for examples, radon, carbon monoxide, volatile organic compounds and formaldehyde. On average, one out of every five people, especially infants and children, is seriously allergic to formaldehyde.

According to a survey, children stay indoors for an average of 8 hours to 20 hours per day. While adults breathe 14 to 16 times per minute, newborns aged under 6 weeks, they breathe as much as 30 to 60 breaths per minute. It is 86,400 times per day, about 3 times of adults.

80% of parents will let children touch the wall while playing, and 79% of parents admit that children will use the wall to learn how to walk. When infants and young children begin learning how to crawl, there will be actions such as licking wall and floor. This is the process of physical development and exploration among young children. It is difficult for parents to stop them. If methanol level is not reduced, and child frequently comes into close contact with the new residence wall, then the child will expose to the risk of indoor pollutions. 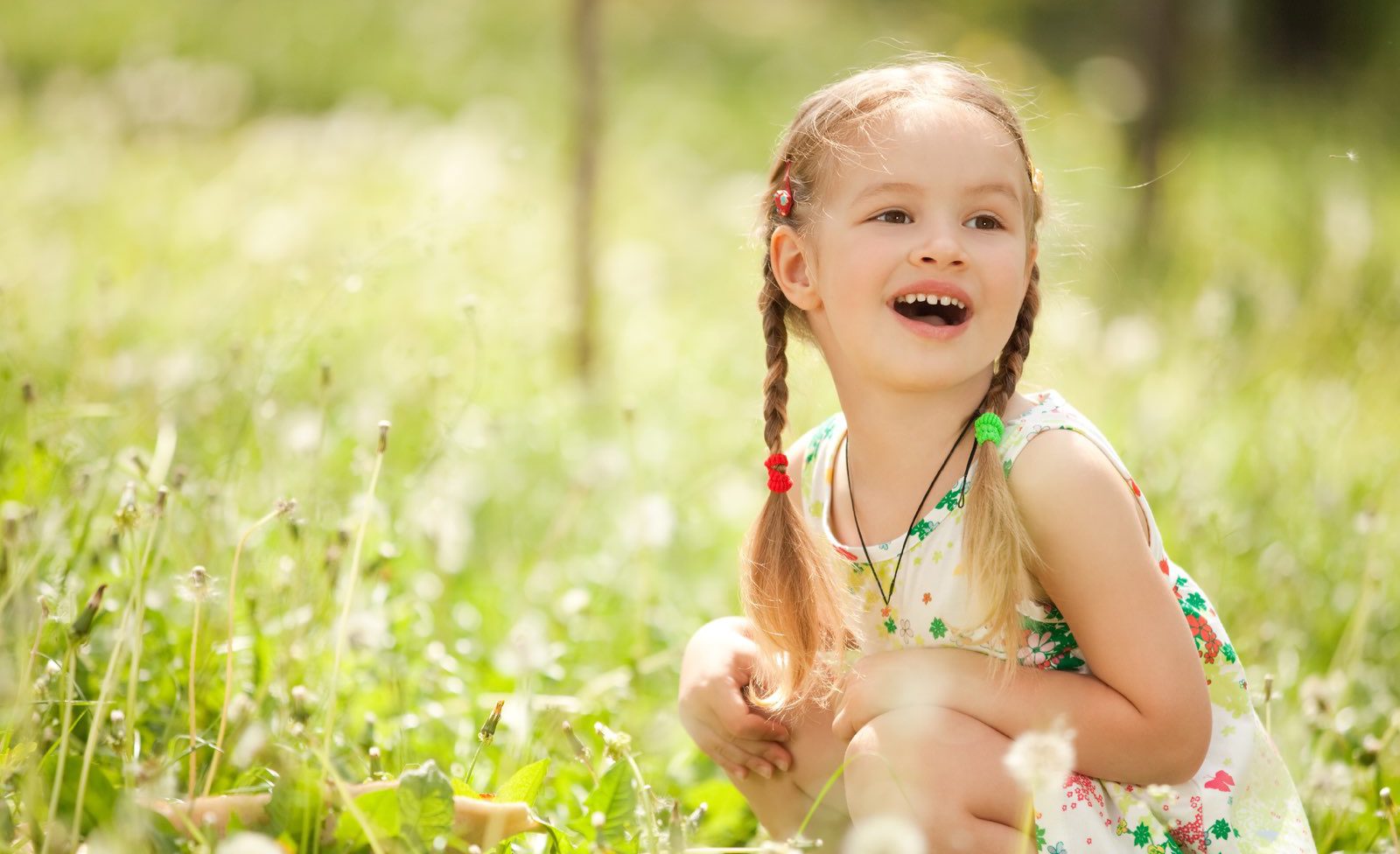 Prolonged inhalation of high concentrations of methanol can cause allergic keratitis, rhinitis and asthma. About 12.5% of children in Malaysia had asthma problems due to air pollution and other environmental factors.

Medical experts are also trying to identify other allergens. Apart from genetics, food quality, air pollution, and lifestyle, nutritional deficiency such as long-term indoor exposure and lack of vitamin D, have also become part of the scope in their studies.

In recent years, many experts believe that children with sufficient sunshine, will get enough vitamin D in tandem. The latter can enhance immunity and reduce allergic diseases such as asthma. Therefore, parents should start allowing their children to receive 10 to 15 minutes of daily sunshine in the morning or in the afternoon. This activity can provide vitamin D to their children.

The public is encouraged to change lifestyles and their eating habits. They should not rely on internet’s medical information solely, in view of the current flood of fake news. If any medical problems are encountered in future, they should seek help from the doctor directly, and obtain the right information.

Half of infants died of infection in the 1970s

Mutated bacteria, contaminated air, infectious diseases, etc. The children were born in a crisis-ridden world. In the 1970s, half of the infants died of infections. Despite the advancement of science and technology, in Africa and other less-developed areas, estimated about 300 deaths per 1,000 babies are still occurring in these areas. 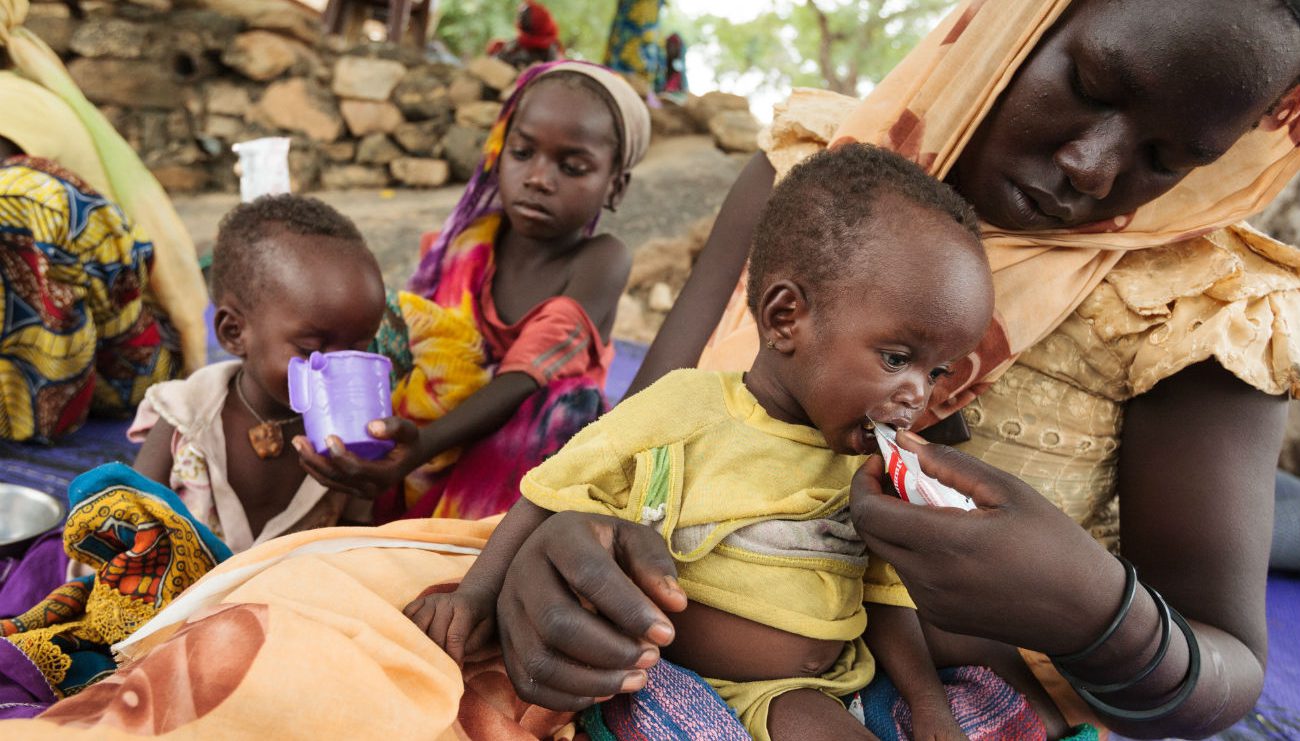 Whenever 3 influenza cases occurred, child nurseries have to be closed

The attitude of parents is utmost importance. Once influenza flu or any occurrence of hand-foot-and-mouth disease is declared, parents should cut down outdoor activities of children, especially crowded places.

The hygiene of the child nurseries is under government supervision. However, some cases of influenza flu are transmitted from homes to child nurseries. Therefore, hygiene at home must also be taken care properly. Infants and young children are facing many outdoor threats; besides that, they are also exposing themselves to an invisible stealth killer – allergies.

According to the data, one in every 3 Malaysians suffers from a certain allergy. If parents are allergic, their children are also 50% to 80% more likely to have allergies eventually. The allergens are even more varied, such as peanuts, eggs, pollen, pet dander, seafood, wheat, rare electromagnetic waves, bird’s nests, etc. Minor reactions ranging from skin itching to fatal outcome can happen in allergic cases.

Food can still be selected carefully, outdoor activities can be avoided, how about indoor environments, are there 100% safe? 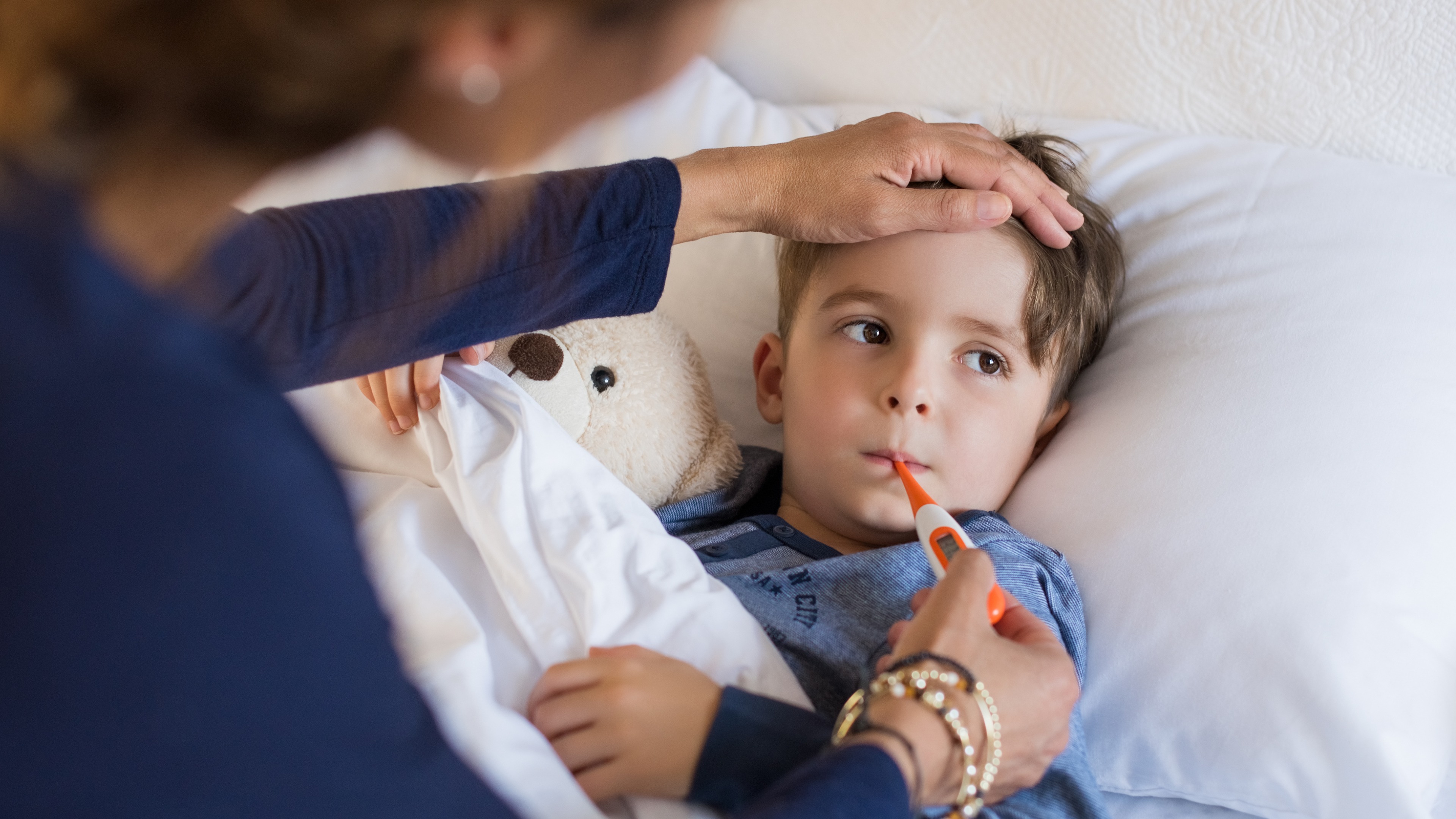 New home is not well-ventilated. Inhabitants can be poisoned by Formaldehyde easily.

Question 1: What is formaldehyde?

Some wooden furniture and upholstery materials such as fiberboard, soundproofing board, paints, etc. all containing formaldehyde. The smell is pungent. Especially the newly-made furniture releases the highest amount of formaldehyde in the first few months, and the release period can be rather long. From 3 to 15 years, it will volatilise as soon as it encounters heat or moisture.

Question 2: What are the consequences of inhaling excessive formaldehyde?

If the content exceeds 0.5 g, it may cause respiratory irritations such as wheezing and other symptoms like throat discomfort, stinging eyes tears, sneezing, blocked nasal. Formaldehyde is being identified by the World Health Organization as a carcinogenic or teratogenic substance. The greatest impact is affecting pregnant women.

Question 3: Under what circumstances may you be exposed to formaldehyde poisoning?

The most common situation is that after the house is newly renovated, air circulation is not good yet, formaldehyde will stay in new homes. Since this substance is found heavier than air, hence its concentrations are higher on ground level, so younger children have higher chances of inhaling such polluted air than adults.

Question 4: What are the symptoms of formaldehyde poisoning?

Question 5: How long does it take before moving into a newly renovated house?

If you have children or pregnant women in your family, it is recommended that you only moving into new house, at least 3 months to 6 months after keeping new homes well- ventilated.