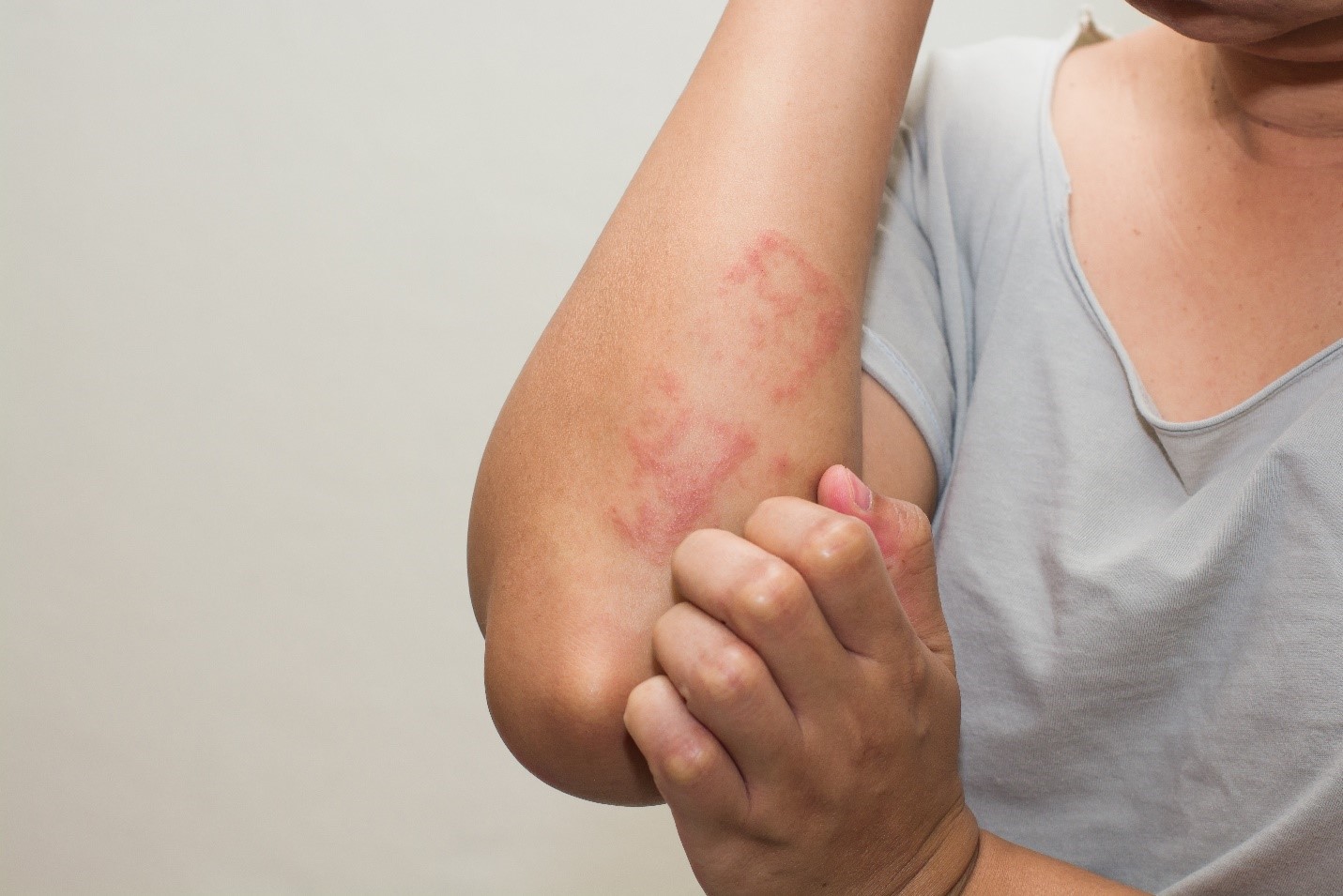 The 35-year-old Mary suffered from severe eczema. She had applied various ointments and had not seen any improvement. On one occasion, she had an episode of eczema whereby her body was red and swollen. She was taken to an emergency ward of a hospital for seeking treatment then. Although her conditions were improved after some medications were given, once they are stopped. Eczema will strike back and become worse.

Her arms, shoulders, and lower part of groins will feel unbearable itchiness when the conditions of eczema are worsening. Mary often found herself unable to fall asleep and scratched many affected areas till bleeding. Obviously, eczema has severely affected her quality of life.

In the past, allergies were considered very rare because previous clean environments, and most people also consumed healthier foods then. However, our environments are polluted now, and the food we eat is also containing plenty of hormones, until allergies have become an epidemic among Malaysians.

Therefore, when doctors talking about the treatment of allergies, they will advise patients to change their lifestyles. If possible, usage of drugs should be minimised as well.

Australia is arguably the most populous country in the world, in terms of allergies. Many of them are suffering food allergies, eczema, allergic rhinitis or asthma.

Malaysia has not been investigated for allergies in the past 10 years. The most recent survey was conducted in 2005. However, it is certain that the incidence of allergies has been rising since then. Especially in developed countries or high-income countries, allergies are found to be one of the most common medical problems among their populations.

Many people are often confused about allergies and non-allergic symptoms. Allergies are a reaction of the human immune system to allergens. When the human immunoglobulin E (lgE) antibody finds an invasion of infection, which is an immediate response for confronting such invasion, and the appearance of this “response” lead to reactions of allergy. Nevertheless, there are some allergic reactions are caused by non-IgE mediated. There is no involvement of immune system response, this scenario is called “intolerance”.

In Malaysia 20% of allergic children are related to family history

IgE-mediated allergy is divided into atopic and non-atopic allergies. Atopic allergy is mainly related to genes and family heredity. It is commonly seen in eczema, food allergy, asthma and allergic rhinitis. Patients with drugs or insect allergies are rare. In other words, parents who have drugs or insect allergies are not passing on these medical conditions to their next generation usually.

Eczema, food allergies, asthma, and allergic rhinitis are considered as “packages” with respect to complications of atopic allergies, simply because the appearances of allergic reactions do follow a specific order. This process is called “atopic march” or “allergic march”.

The patients initially will experience food allergies or eczema reactions, and these affected patients could be young children below one year old. However, as their ages increase, the reaction to food allergies and eczema will decrease and disappear gradually.

Family history is an important factor in allergies because there were some surveys indicated that when both parents are allergic, 50 to 80% of children are also affected due to genes. If only one parent is allergic, the chance of a child suffering allergy will drop to 20% to 40%. Even if neither parent is an allergic patient, a child has a 10 to 20% chance of developing an allergy independently.

Whenever a patient develops an allergic reaction such as eczema, firstly doctors will ask patient about the medical history of family. In Malaysia, 1 in 5 children suffers from allergies. 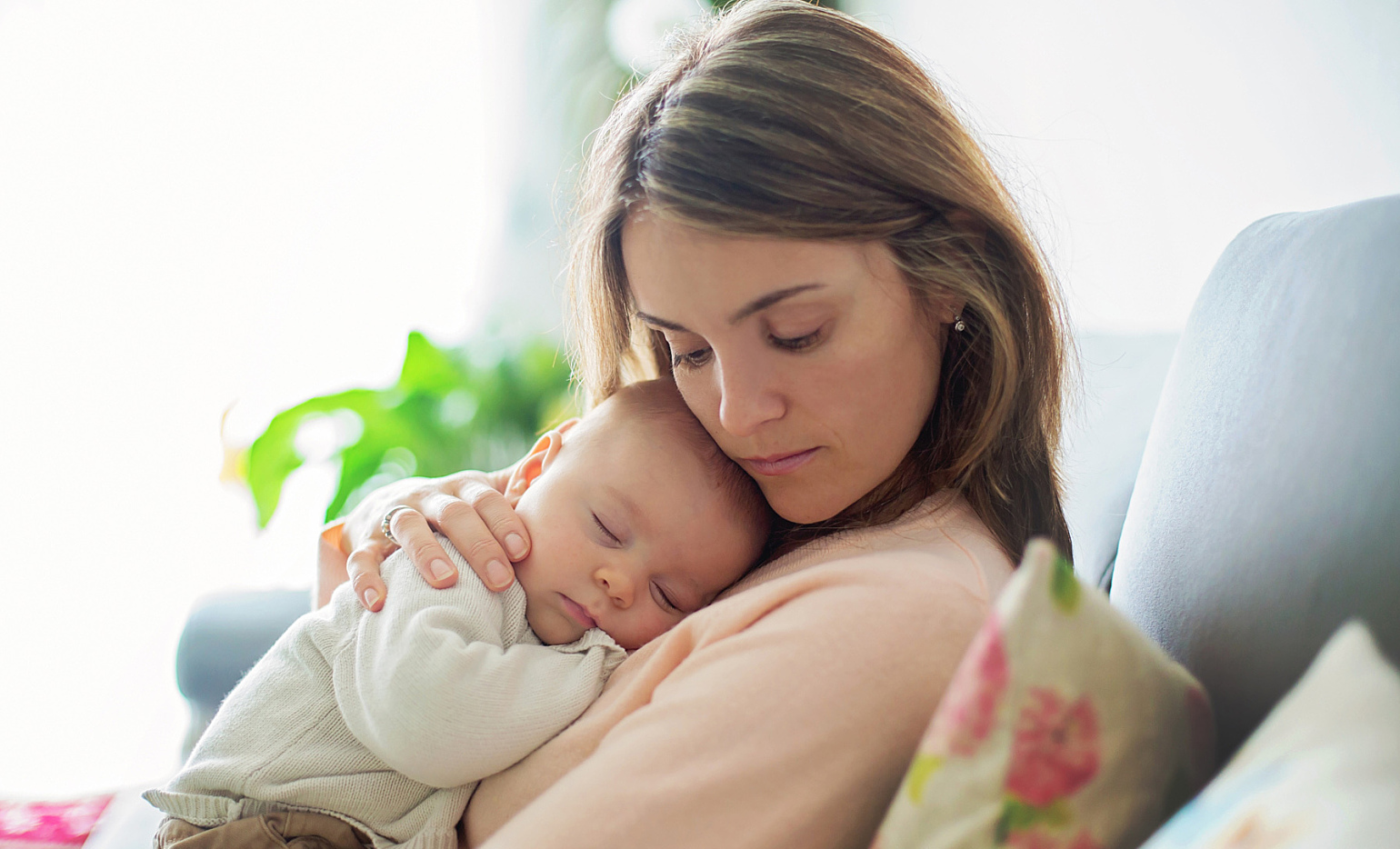 70% of skin damages caused by infection

Atopic dermatitis (AD), also known as atopic eczema (hereafter referred as eczema), commonly occurs in infants and young children. Inflammation and redness start from the cheeks and extend to the body and hands and feet.

Eczema is caused by many factors and so far, there is no clear cause. However, the occurrence of most chronic eczema is associated with genes, skin barrier dysfunction, impaired immune response, and the environment.

Skin barrier dysfunction and allergies are the two major causes of eczema, of which 70% are mainly infants under the age of 1 due to skin barrier dysfunction such as scratching, soap bathing, dust mites or natural skin problems, causing damages to the epithelial barriers. When the protective layer of the skin is damaged, it is easy to be infected, inflamed or exposed to risk factors. When the skin comes into contact with allergens, the body’s IgE will rise and cause allergic reactions and eczema. Only 30% of patients suffer from eczema because of a purely allergic constitution.

Human skin is like a wall. Healthy skin represents the close integration of “brick” and “cements” and effectively blocks invasion of foreign objects. Conversely, skin with damaged epithelial barrier, “brick” and “cements” are not connected properly, making skins drier without moistures. When the gap between the “bricks” is getting larger, infections and allergens can easily invade and cause inflammation.

To effectively manage eczema, it is necessary to start with dry skin treatment, and the most basic treatment is skin moisturizing.

Patients with eczema problems should use skin care products to moisturize their skins, and they must improve their daily routines too, including avoiding irritations, identifying and resolving specific triggers.

No matter what degree of eczema, skin moisturizing is the basic treatment. However, patients who are suffering moderate or severe eczema, they will face the problem of transepidermal water loss (TEWL), which means that the underlying water gradually dissipates through the skins. When water is lost, the skins become dry and itchy, and the patients exacerbate the skin inflammations due to scratching. Therefore, many patients with eczema suffer from irritability, they tend to over-scratching and damaging their skins, sometimes until bleeding.

There are many products for skin care or skin moisturizing sold on market. However, some of them are not tested for clinical trials, some are compared with placebos, and others have not done such a comparative study. Therefore, patients should select their moisturizers carefully in order to control eczema effectively.

Question 1: What are the triggers of eczema? 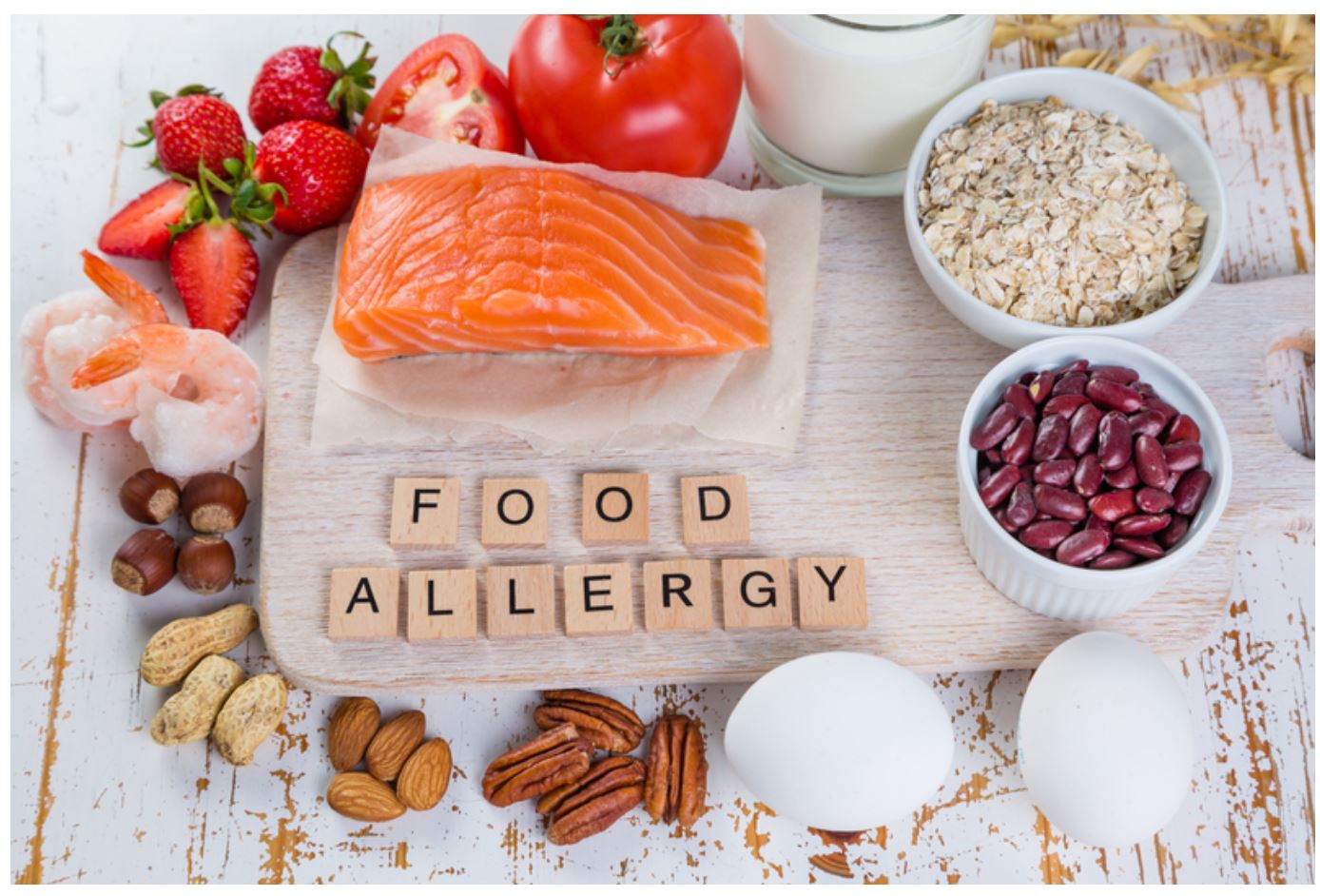 Question 2: Why does water make the skin drier? 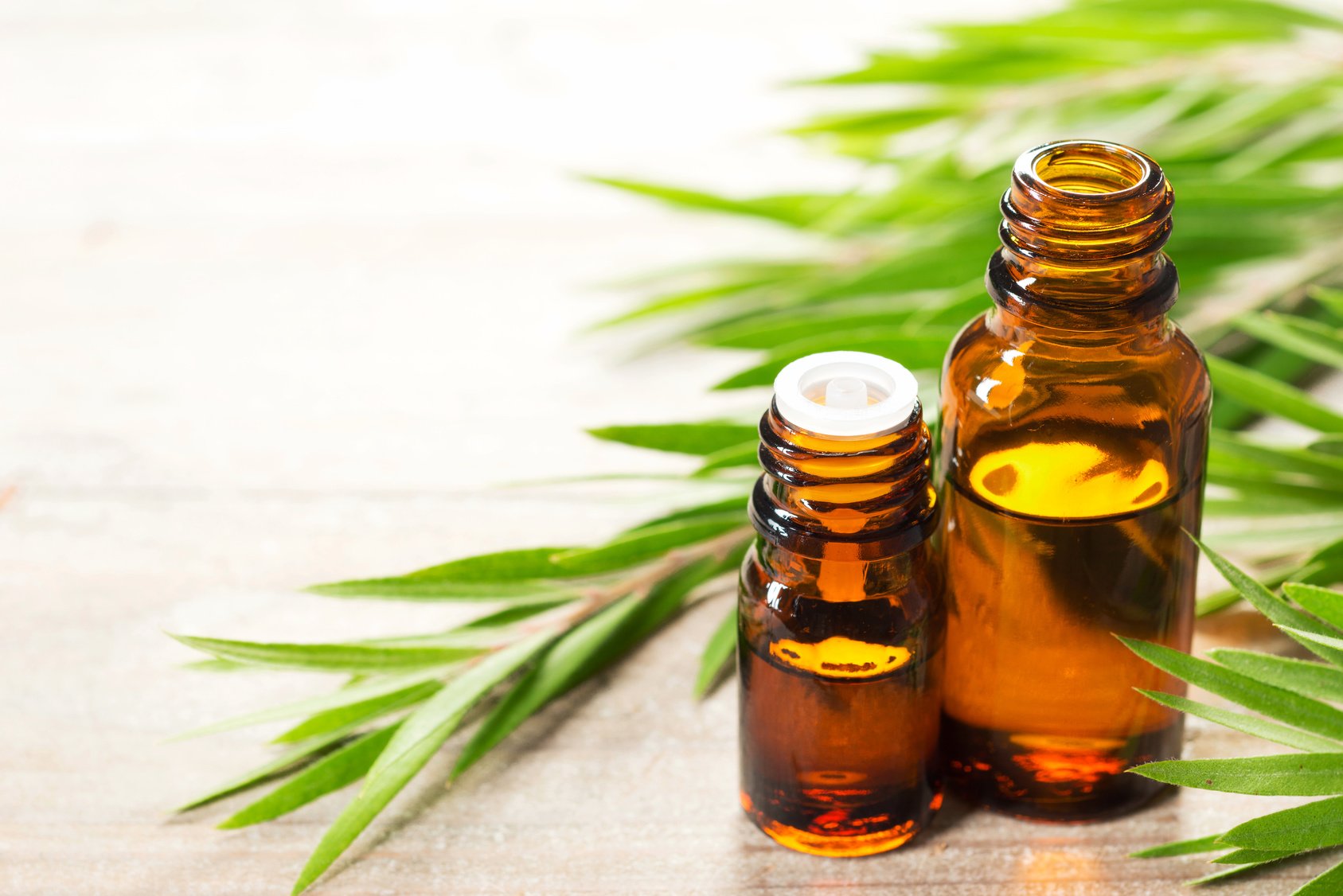 Question 3: How should eczema patients choose moisturizers for skin care?

Doctors advise to use botanical extract that has anti-inflammatory and antipruritic properties for skins. By using skin care products with natural skin moisturizers, prebiotics and plant active ingredients, the skin forms a protective barrier against harmful bacteria, free radicals and prevent excessive loss of epidermal moistures.

In the product selection of repairing skin products, plant extracts with good skin regeneration and healing properties should be selected to repair the skin and prevent recurrence of eczema by strengthening the skin’s protective barrier and normalizing the skin’s immune system.